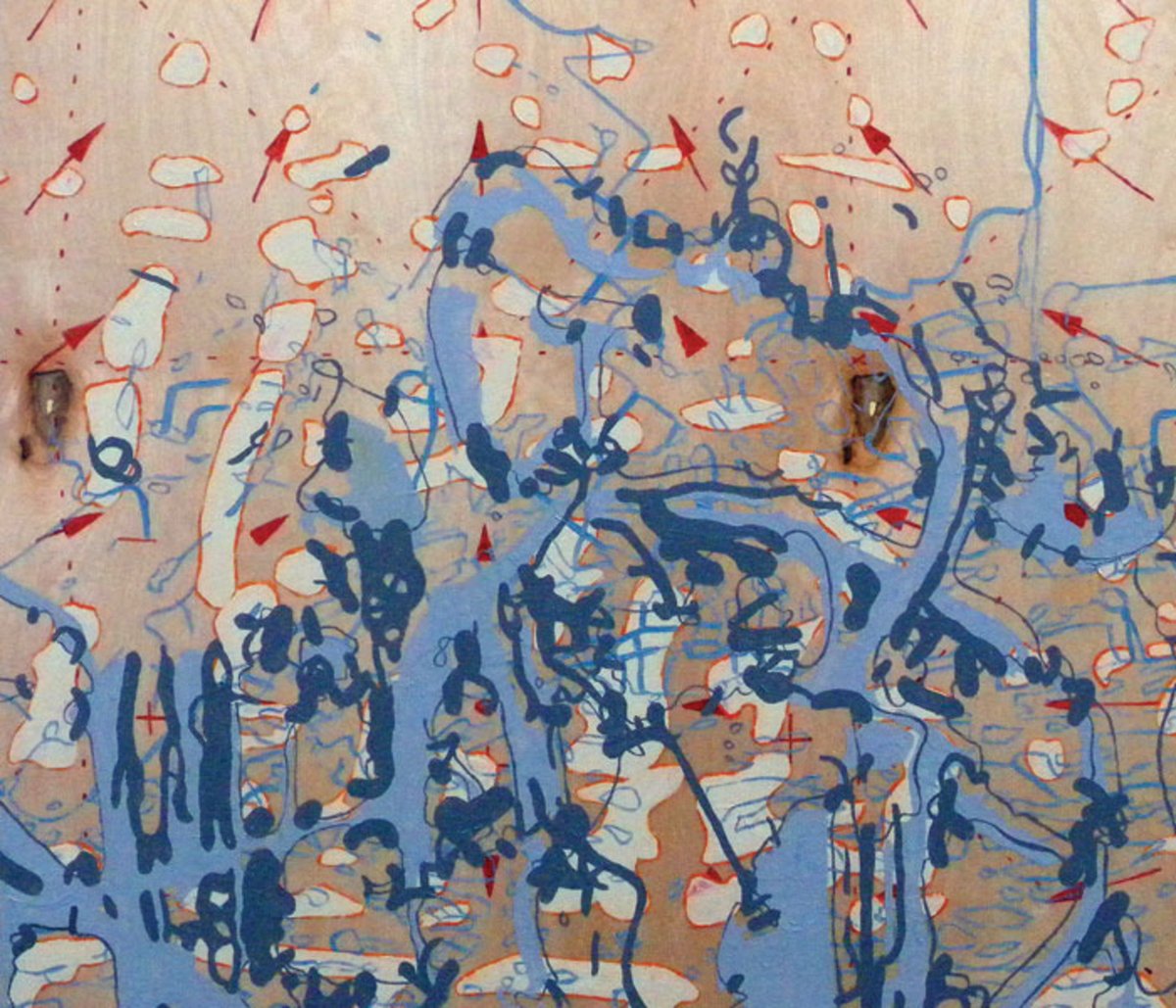 Pulling diagrams from a variety of sources as broad as internal medicine, psychology, chemistry and physics Phillip Buntin coalesces imagery into not quite functional pictographic explanations of complicated ideas. Although not explicitly referencing Marcel Duchamp's pseudo-science or the fictional physics that allows for space travel in numerous movies and TV shows Buntin's paintings have a logic all their own that results in multi-layered complex compositions that seem to “work” even if the viewer isn't quite sure how. Buntin's visual metaphors seek to express the “experience of generating interpretations (or understandings) of complex things, ideas and experiences.” This exhibition, Buntin's first with Robert Henry Conttemporary will feature 12 oil and acrylic paintings on panel (20” x 20” and 16” x 16”).

Phillip Buntin received a Bachlor of Science in psychology from Kennesaw State Univ, Kennesaw, GA in 1989 and his BFA from the Atlanta College of Art, Atlanta, Ga in 1997. He earned an MFA from the University of Connecticut in Storrs, CT in 2002. He teaches at Kent State University's Warren OH, campus where he lives and maintains his studio.