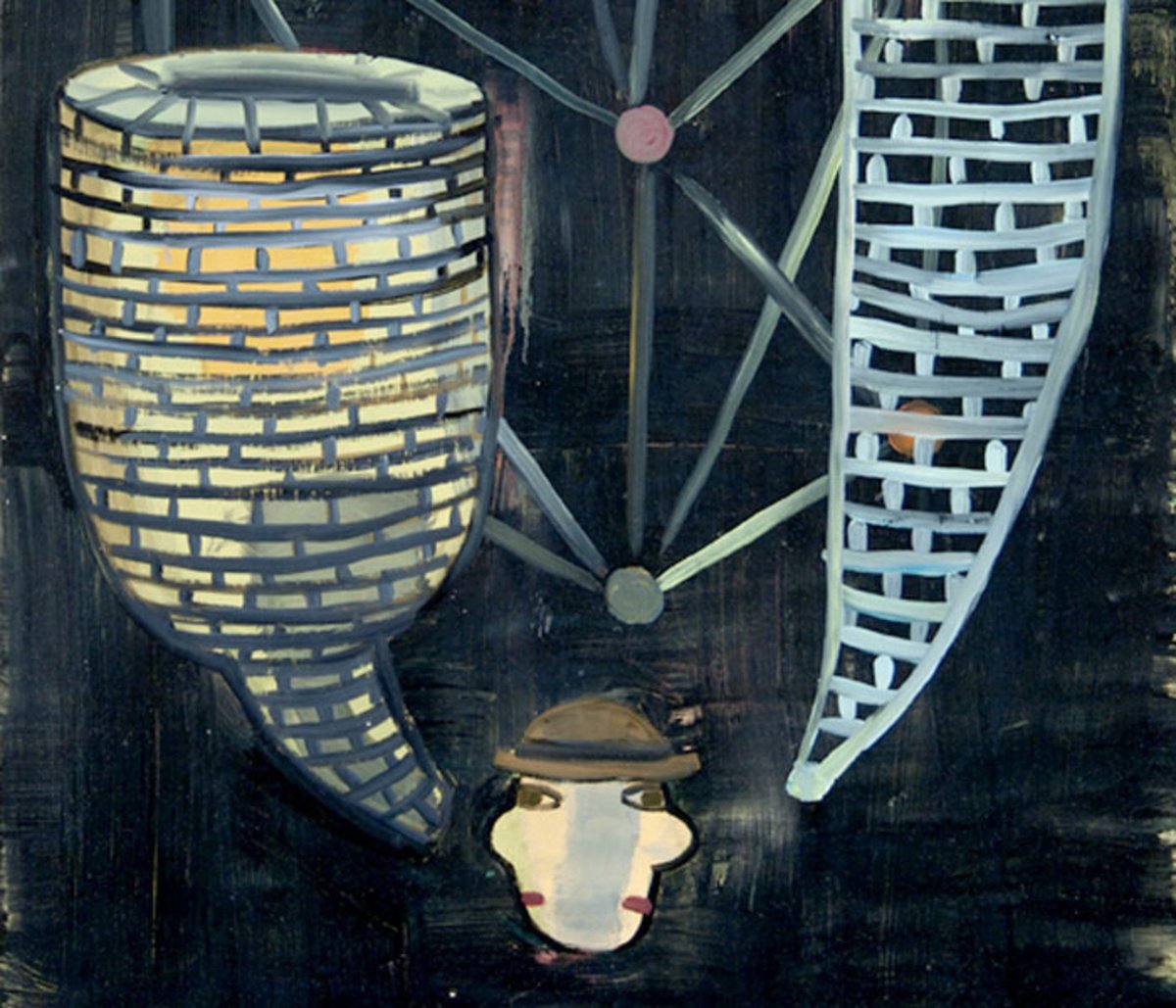 This exhibition will feature 15 paintings and drawings (all oil on canvas or paper) that explore the artist’s incisive exploration of the tensions of contemporary existence. In Yuen’s work space is abstracted, layered, ambiguous and often tenuous. Populated with whimsical often-distorted human figures and a litany of personal metaphors, like oil derricks, puffs of smoke or businessmen, he composes narratives where the rational and irrational coexist. His fictions are often a response to the news of the day and contain references to politics, the environment, technology, spirituality and materialism. The seriousness of Yuen’s ideas are conveyed with a wistful, gentle humor…meditating monks hover over oil storage tanks or little girl legs stand alongside smokestacks puffing clouds of toxins or a man in a suit stands in a field of wavy stripes with his head contorted between his legs inspecting his posterior. Yuen’s reflection of our complex and conflicted dystopian existence is not a pedantic critique. His gentle humor doesn’t allow it. We are caused to probe the dualities of his metaphors and reflect on our own perception of the world around us.

Charles Yuen received his BFA from the University of Hawai‘i in 1975 and his MFA from Rutgers University in 1981. He was born and raised in Hawai?i and is of mixed ethnic background (Chinese and Japanese) which has influenced his outlook and art. He has had numerous exhibitions internationally and in New York City, including solo shows at Elizabeth Harris Gallery, Metaphor Contemporary Art, Art in General, LeoTony Gallery, and the Asian American Arts Center. This is his first exhibition with RHV Fine Art. He is also a recent recipient of a Joan Mitchell Foundation Grant for painting. Reviews of his work have appeared in many publications including Art in America, The New York Times, Time Out, and Art Papers. He lives and maintains his studio in Brooklyn, NY.