Chance and Necessity by Robert Lansden 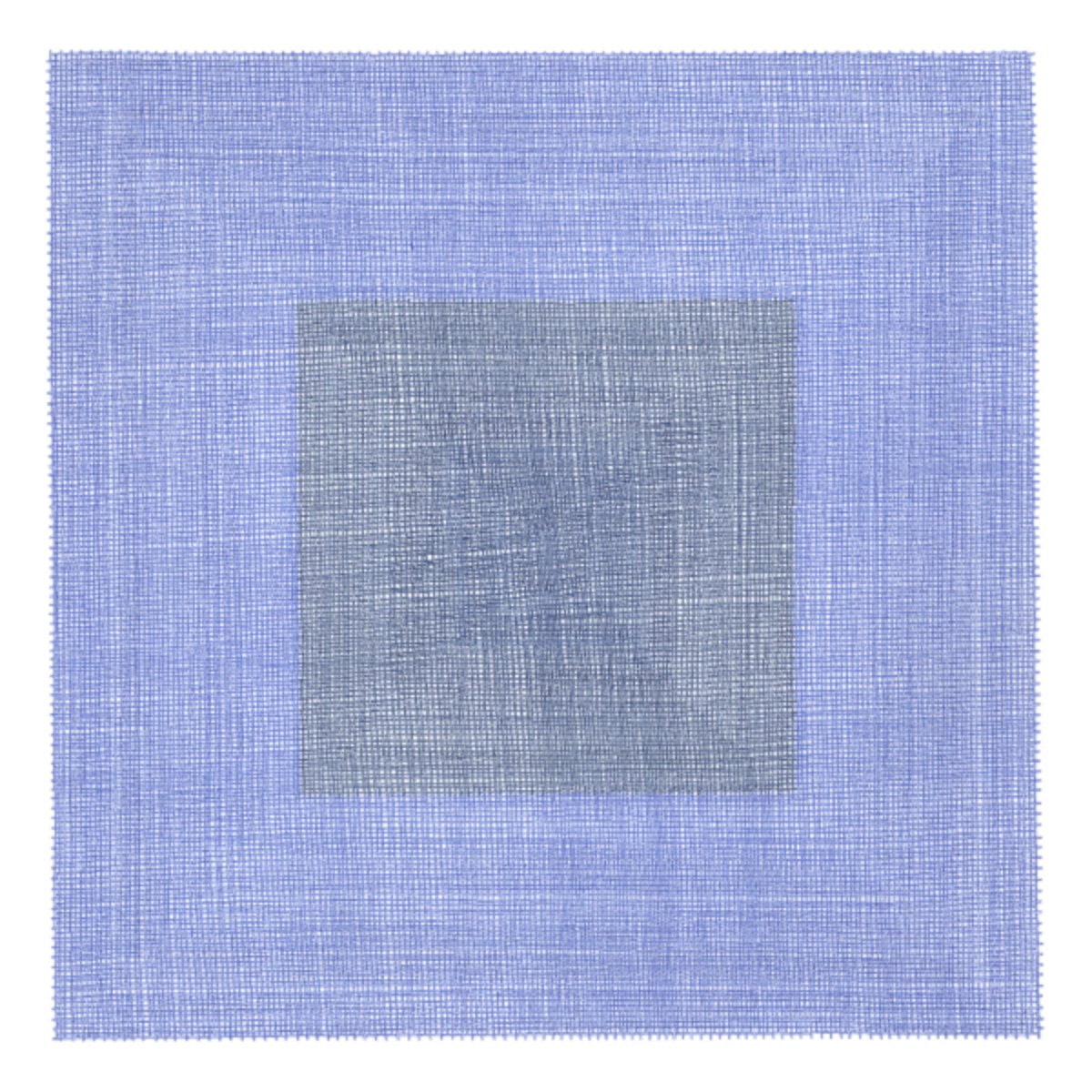 In 16 new drawings in ink or watercolor on paper, New Orleans based artist Robert Lansden obsessively repeats the same mark over and over searching for a contemplative space as a metaphor for the experience of the infinite. His colorful, repetitive, mark-laden abstractions blend thoughts about existence and the nature of being from ancient Greece with Eastern religions and contemporary Western Philosophies.

The title of his second exhibition with the gallery is taken from the title of Jacques Monod’s 1970 book Chance and Necessity: Essay on the Natural Philosophy of Modern Biology. Monod was quoting Democritus, "Everything existing in the universe is the fruit of chance and necessity." In his book Monod argues that biological evolution is the result of pure chance and not the result of a final causality. This understanding of the process of evolution is central to Lansden’s compulsive mark making. Each mark is intended to be an exact replica of those that precede it. However, the human hand is perhaps not quite as precise a tool as the brain. Not unlike the mutations between generations of plants and animals seen in nature, the slight variations between each mark that, at their inception seem trivial, grow to become obvious distortions as he marks his way across the paper. Change in Lansden’s compositions is the result of chance brought about by his necessity to make marks, “Drawing is a way for me to find out what will happen, and more importantly how it will feel, if I repeat a specific mark, line or pattern.”

Chance and Necessity explores Lansden’s mixture of Buddhist meditation practices, ontology and biology with the geometry and compositional influences of Sol LeWitt and Agnes Martin. The mixture of compulsion and random possibility with rational intent in Lansden’s work evolve over time to form subtle undulating abstractions metaphorical of the dualities of human existence, the known and unknown, the rational and irrational and the finite and the infinite.

Robert Lansden, a native of Kentucky, received his BFA from the Atlanta College of Art in 1989, a Master of Library Science from Palmer School of Library & Information Science in New York, NY in 1999 and an MFA from Tulane University, New Orleans in 2005. His work has been shown nationally and he lives and maintains his studio in New Orleans.