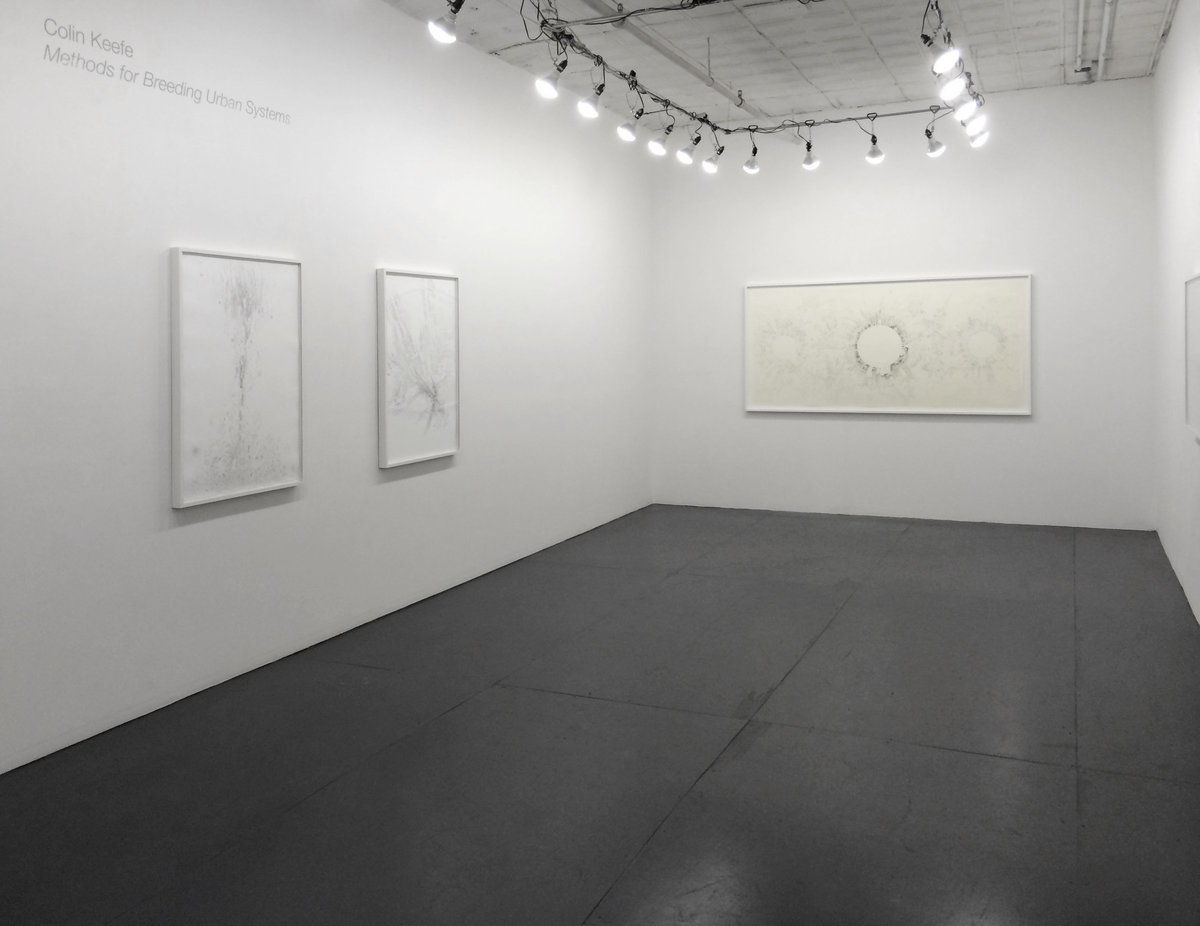 In Methods for Breeding Urban Systems, his second exhibition with the gallery, Colin Keefe draws, in ink on paper, meticulously crafted plan and perspectival views of fictitious built environments constructed with design principles gathered from diverse sources such as the reproductive processes found in microbiology and astronomy, urban planning and architectural theory.

Although sometimes he begins each drawing with a set of parameters that detail a process of development, his obsessive depictions of layered metaphorical urban growths usually begin at random. Keefe says, “I may have something in mind for a particular drawing, a set of challenges or obstacles that I plan to introduce into the drawing that I then have to respond to, but in general the way the drawing progresses is incremental and organic…one mark acts as a biological progenitor for the next.” Each "seed", a city block, begins to interact with its environment and as the drawing "grows", clusters of city blocks build larger neighborhoods randomly, oozing here or spurting there.

In the same way that a gathering of ants acting autonomously create a colony, each line in the drawing creates shapes and patterns that in turn act visually on its neighbors and collectively constitutes the visual experience of the drawing. This bottom-up aggregation and interaction of parts is a metaphor for the self-organizing principles found in nature and provide Keefe a method to create the drawing.

Using a biological interpretation of a city's evolution as metaphor, each drawing resembles a microscope slide teaming with life. A natural selection for architecture reminiscent of biogenesis, the ancient Greek idea that living things could spontaneously come into being from nonliving matter, Keefe's complex adaptive drawings display emergent behaviors and are a visual exploration of theories of self-organization, emergence and complexity.

Click to see more information about the artist:
Colin Keefe 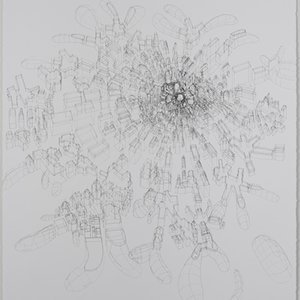 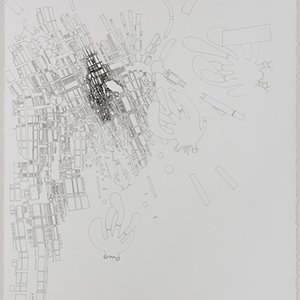 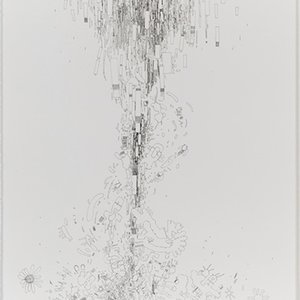 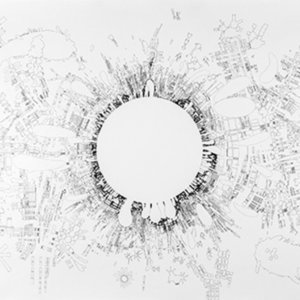 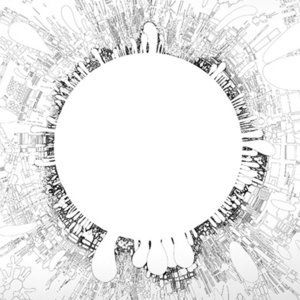 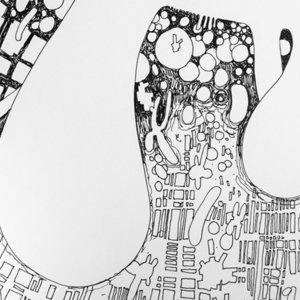 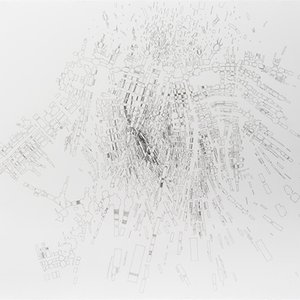 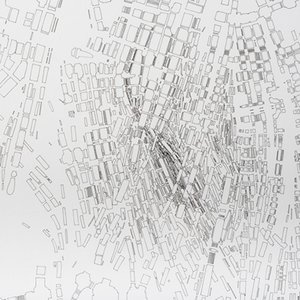 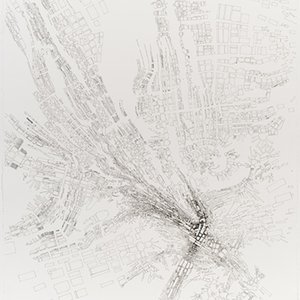 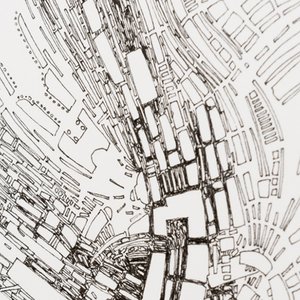 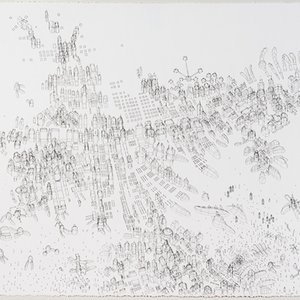 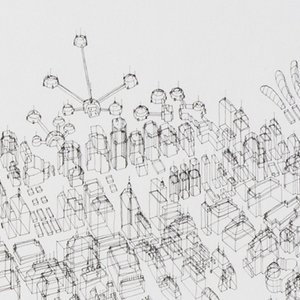